For years, people have watched movies and seen intelligent characters almost always portrayed as wearing glasses. As a result, the cliché of "wearing glasses makes you look more intelligent" has been born. Before you pick out your next pair of glasses, you deserve to know whether or not this cliché has any truth to it.

What the Cliche Says

Our perception of reality is heavily shaped by what we see on television and in the movies. And these media forms have come to the conclusion that people who wear glasses are much more intelligent than those who do not wear glasses. This cliché can be seen across dozens of movies and is considered something of a TV trope.

Just think of the 90s teenage comedy "She's All That" for a perfect portrayal of this cliché. The rather attractive Rachel Leigh Cook is shown to wear glasses early in the movie. As a result, people think of her as rather bookish and intelligent when compared to her peers. Of course, when she later loses her glasses, she becomes attractive and "normal" again.

Which leads us to the negative angle of the glasses cliché: people with glasses are less attractive.

The Dark Side of the Cliche

While it's definitely nice to be thought of as intelligent and thoughtful, the cliché surrounding glasses has a dark side. That dark side can be broken down into the negative connotations surrounding the word "nerd" and the way they are portrayed.

An essay written by Eddie Deezen, who played "nerds" in dozens of movies in the 80s, explored the negative connotation of glasses. He mainly explored the way that people wearing glasses i.e. nerds, are represented in Hollywood movies and how that perception has shaped reality.

What he found wasn't very kind: people wearing glasses were often perceived as outsiders, weirdos, weaklings, cowardice, and sexually unattractive. Deezen, a life-long wearer of glasses, undoubtedly knows this feeling all too well, as he was quickly typecast into those kinds of roles throughout his career.

The Truth Behind the Cliche

The intriguing thing about this old cliché is that multiple studies have somewhat confirmed the perceptions behind both the parts of the cliché (smart people wear glasses) and the bad (they are less attractive). One study, published in the Swiss Journal of Psychology, found that rimless glasses resulted in less distinction in facial features i.e. less immediate attractiveness.

However, they also found that people with glasses were perceived as being more intelligent and trustworthy than those without. This finding was backed up by a study performed by the British College of Optometrists. They found that 43% of people though people who wear glasses looked more intelligent while 40% stated they want to get glasses in order to find a job.

And that's the strange thing: in a similar study performed by Ohio State University, they found that bosses and people hiring tend to view people with glasses as quiet and intelligent people who don't cause trouble.

Conclusion? It really does appear that wearing glasses makes you look more intelligent and may actually help you move forward in life. That's why it might be worth your time to talk to your eye doctor (like those at EyeCare About Vegas: Dr. R Dougal Morrison & Dr. Christopher Coker) and see if they can fit you with a new pair. 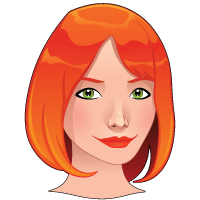